The study of language through pragmatics implies many advantages, such as the analysis of people´s intended meanings in comparison to what they assume to be the truth and their presuppositions. All of this is quite related to the type of culture the speakers share. Pragmatics focuses its attention on the relationship between linguistic forms and their users, a kind of relationship that mandatorily includes the context in which the speech act takes place. This new science has brought light to the invisible meaning which is hiding behind any language. Linguists have labeled English language as being mainly male-oriented. Nevertheless, new tendencies are emerging in order to undermine this flaw.
One clear example of the lack of balance in gender that appears to lurk inside the English language is the term “mankind”.  This word represents “everyone”; however, as the American feminist writers Casey Miller and Kate Swift clearly state, “mankind” constitutes also a semantic mechanism that operates to keep women invisible. Nowadays it can be said that these types of devices have the inner potential to creating and maintaining presuppositions in the mind of the speaker. To support this idea, we can analyse some words related to professions (such as the term “Doctor”, “Lawyer”, etc). Here, unless it is made explicitly clear that we are talking about a female doctor, the hearer might assume that the text is referring to a male individual. Additionally, it can be said that the speaker uses a reference to enable a listener to identify something. Hence, when this speaker talks about a doctor or a lawyer, the listener might infer that the linguistic form alludes to a “male” doctor or lawyer, even though the reference could be pointing at a woman who is a professional.  What happens in this case is that women are made invisible. This phenomenon occurs, with all probability, because English language reflects male orientation.
This tendency is also displayed on some other features which are worth commenting, such as the Cultural stereotypes, with utmost reflection on language as it is used every day in context. Taking again the examples of “Doctor”, “Lawyer” and other words related to liberal professions,  they can be considered samples of two different stereotypical models already built in society around what a man and a woman constitute. The term Doctor is generally taken as referring to a man Doctor (without the need of any clarification), but in order to mention a woman in the medical profession the word “female” is positioned before the term. This fact talks by itself. According to this stereotype, it seems that the idea of men Doctors working at the hospital, while their women remain at home, being (again, naturally)   only housewives is taken as “natural”. Therefore, it can be perceived that the male-oriented way in which language reconstructs reality is reflected and also influenced by the society and its culture.-
In order to reverse this situation, some attempts have been made by new linguistic tendencies, with a feminist approach. One of them is the idea of replacing  the generic “he” for “tey”, a purported new common gender pronoun referring to both human beings, men and women.  Another example is the suggestion of “Gen” to replace the morpheme “man” in the word “mankind”, since men never would accept the use of “womankind” as an umbrella term to describe the human race.  “Gen would express the warmth and generalized sexuality of generous, gentle, and genuine, the specific sexuality of genital and genetic… to speak of genkind would be to include all the people of the earth”. (Miller C. and Swift K.,1972). These are only some of the cases in which women try to reveal the way in which language oppresses and how this disparagement can be stopped for the better.
All in all, the new science of Pragmatics has broadened the spectrum for all linguists, as regards the relationship between English language forms and its users. New tendencies have revealed hidden meanings that are leaching into language from a cultural point of departure. The unbalanced attitude towards gender that these meanings represent has been put into question. In the current situation, new proposals are being taken into account, in the attempt to make language less chauvinist and more balanced. 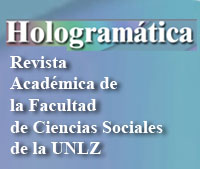